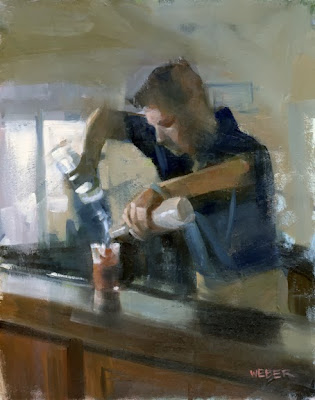 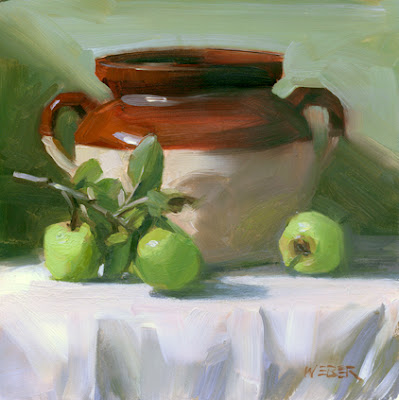 Oil on panel, 6" x 6"
I started painting this a couple of months ago. The apples are from a tree across the street from my house, and I finally just put the finishing touches on it.
$100.00 plus shipping. 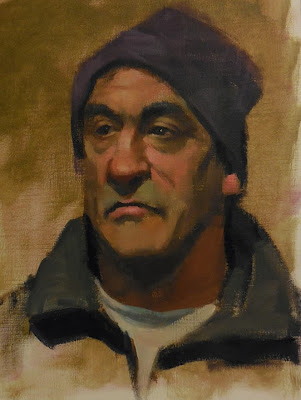 Artie, our portrait model last night, definitely had a DeNiro/ Stallone thing going…
Oil on canvas paper. I've been adding color to the Zorn palette that I usually use, this time some viridian green, and someone gave me a squeeze of cobalt violet for the hat. Not a color I'd recommend, as it has so little tinting strength.
Posted by Kathy Weber at 8:54 AM 4 comments:

Open Studio, and a raffle 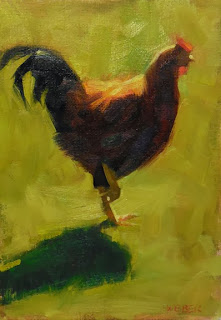 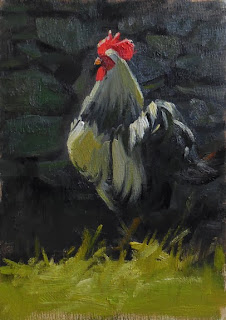 Oil on board, 7" x 5"
Open studio,about 20 artists, all on the third floor of 560 Mineral Spring Ave., Pawtucket RI. This Saturday, Dec. 7 from 11AM- 7PM. My studio is a little difficult to find, but your reward for finding me is to be automatically entered in a drawing to win a framed chicken painting ($150.00 value). Winner can choose from available chickens. Plus, light refreshments and congenial company. 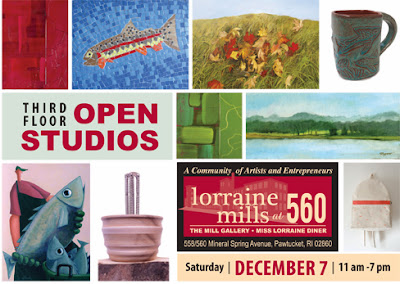 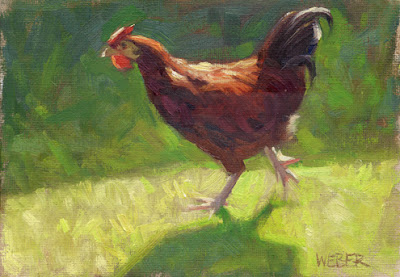 Oil on panel, 5" x 7"
I was wondering why, lately, painting chickens has been appealing to me and realized that maybe it's because I've been reading James Gurney's blog. Chickens are very dinosaurish- especially those feet. 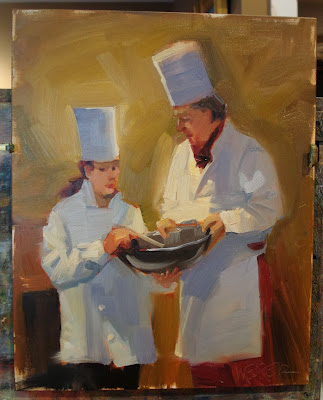 Oil on panel, 10" x 8"
When Liz Rowley told me she had two models who were going to dress like chefs for my demo, I was a bit startled- you mean I have to paint TWO people in a 2 hour demo- but it was actually a lot of fun. The models were great, and the height difference between them made the composition interesting. The older gentleman was quite a talker, and I ended up wiping his face off twice before he kind of settled into a stance that he stayed in long enough for me to paint.
Liz had tried really hard to get ahold of some chef hats, with no luck, so we improvised by taping 3 sheets of white paper together for each hat.

A big thanks to my friend Anne, who stayed for the whole thing and took the photos. 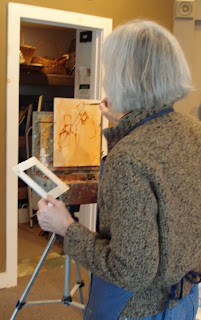 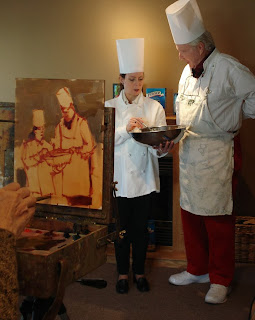 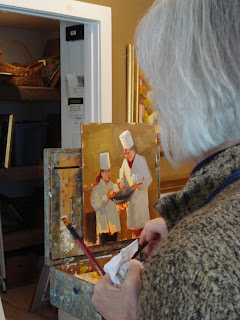 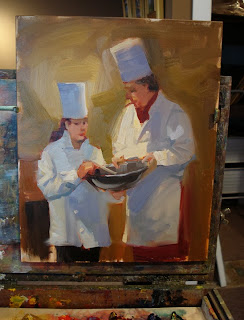 Posted by Kathy Weber at 9:22 AM No comments: