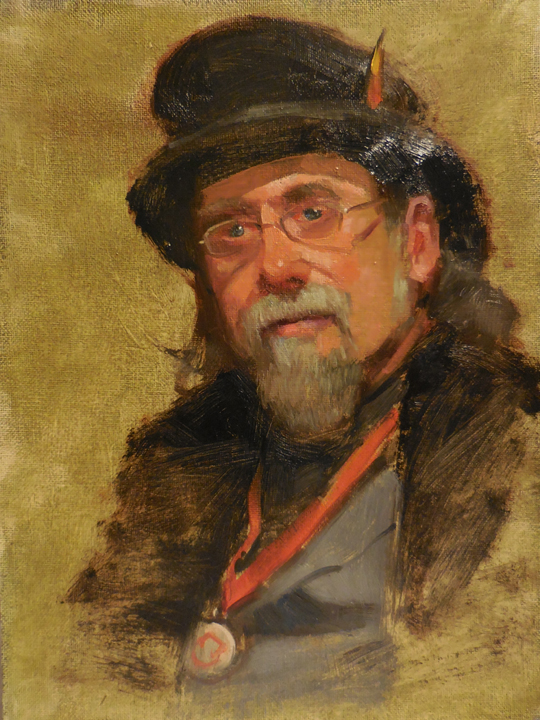 This is the second time Rich has modeled for us in his top hat. He's an amazing model, barely moves and never takes a break.
I've been really happy teaching my portrait class at the Portsmouth (RI) Arts Guild. They're really getting into the swing of it. The top photo (below) is my 15-20 minute demo; the rest is my students work. 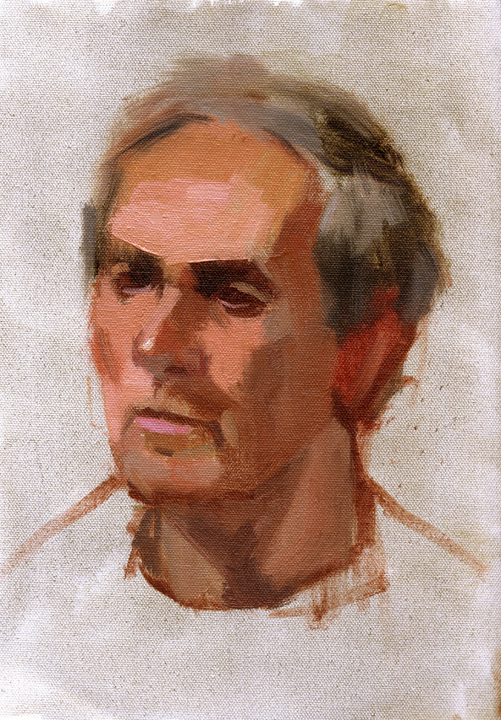 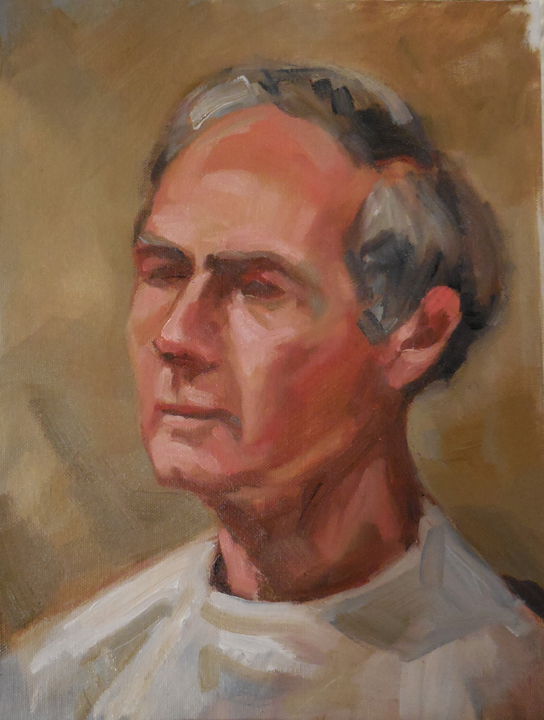 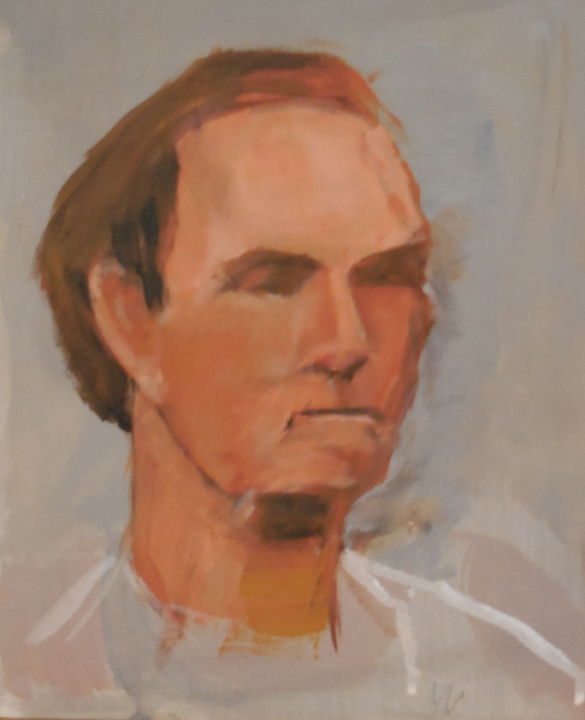 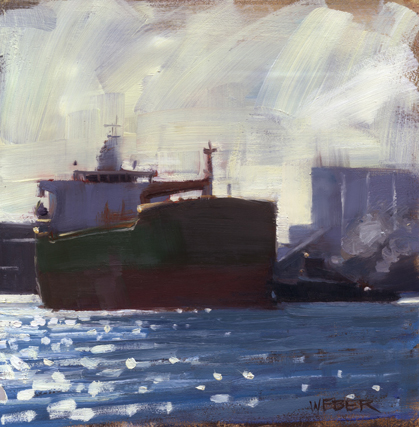 Oil on gessobord, 6" x 6"
Walking on the East Bay Bike Path the other day, I saw two huge tankers making their way into the harbor. I hung around and watched while this one pulled up to the dock and then was pushed to face the other way.

Sketch at the diner 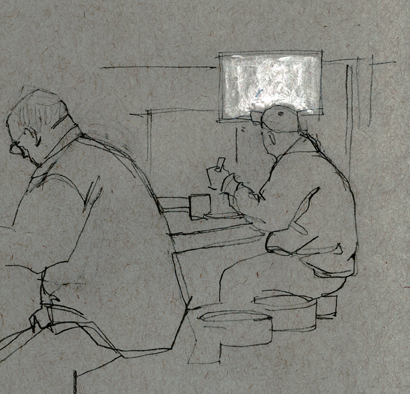 A quick sketch this morning at the Seaplane diner, catching up on the TV news. Pencil and white gouache on gray paper.
Posted by Kathy Weber at 7:28 AM 1 comment: 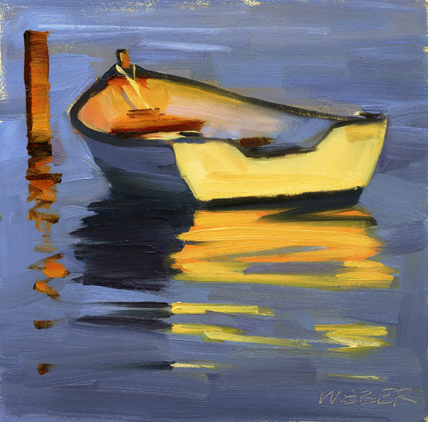 Oil on gessobord, 6" x 6".
Another in my skiff series, from a photo I took on Cape Cod this summer. I love the way the setting sun turns everything orange... 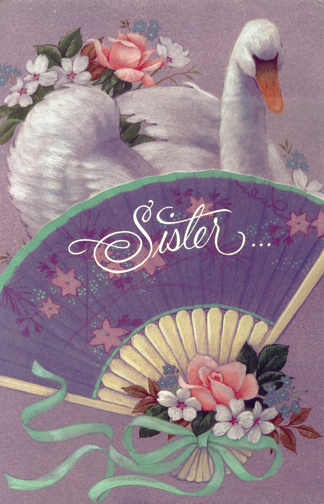 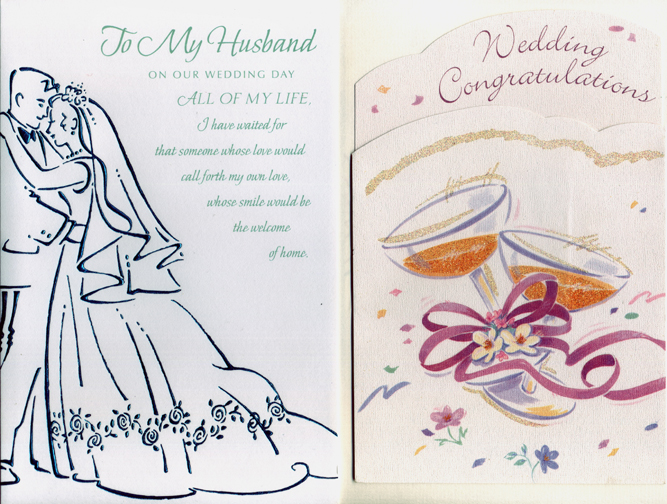 Some things I'm still pretty happy with even though I did them a while back. "Sister" and "Congrats" are both 3 panel fold-outs, painted with gouache on paper. "Congrats" has a glitter overlay. The "Husband" illustration was done in ink with a brush and pen; the design was stamped on the card in a shiny blue leaf.
Posted by Kathy Weber at 1:28 PM No comments: 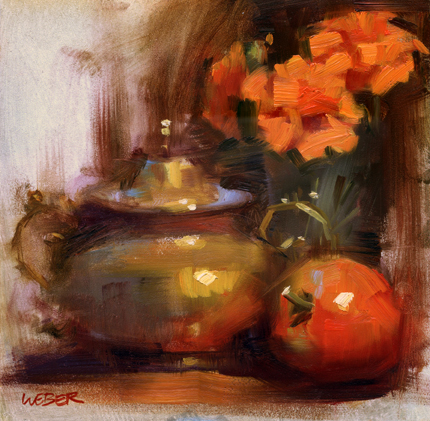 Oil on gessobord, 6" x 6"
Casting about for something to paint the other day- I had a few tomatoes from the garden, some marigolds in a pot outside, and my favorite brass tea set.
Click to bid.
Posted by Kathy Weber at 8:11 AM No comments: 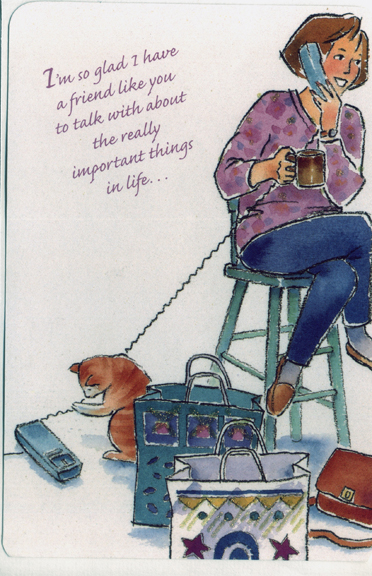 A few illustrations from my former life as a greeting card illustrator. Watercolor and some pencil or marker on Strathmore or Arches paper. That was before everything had to be done on the computer, in order to save time and money. Most of the type was machine set, but I did the lettering on the Spanish card. To get that humorous look that they wanted, I used my left hand. 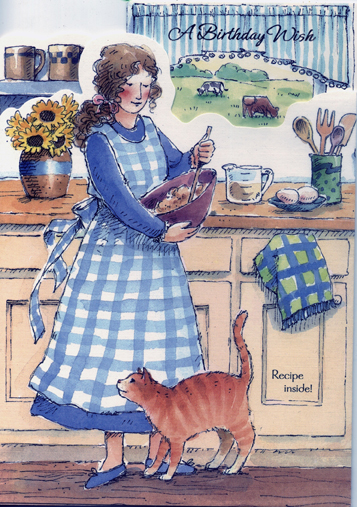 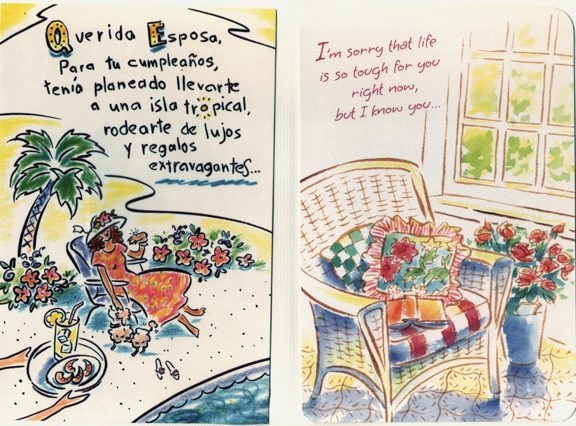 I also want to put in a word for another artist, Jackie Garner, who has just written a book called "The Wildlife Artist's Handbook". She has done some fascinating work in Egypt, sketched in ancient tombs where no photography is allowed and helped identify wildlife for the scientists.